Traditional Chinese Medicine (TCM) is a comprehensive medical system that originated in China, spread throughout East Asia, and is practiced in its modern context worldwide. It includes modalities such as Acupuncture, Moxibustion (heat therapy), Chinese Herbal Medicine, Tuina massage, Acupressure, Qigong exercise therapy, diet therapy and micro systems such as Auricular Acupuncture. All these therapies are an integral part of Chinese Medicine practice. At Pinpoint we provide core TCM treatments such as Acupuncture, Chinese Herbal Medicine, cupping and moxibustion with other modern supplemental treatments while promoting self-help activities and TCM lifestyle advice. 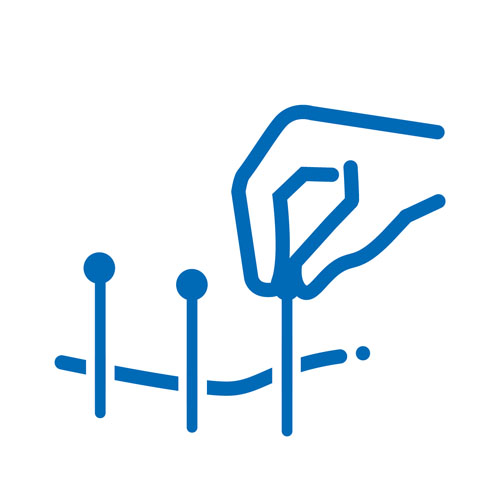 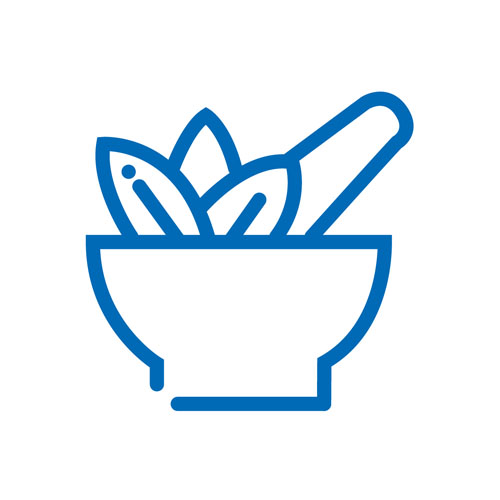 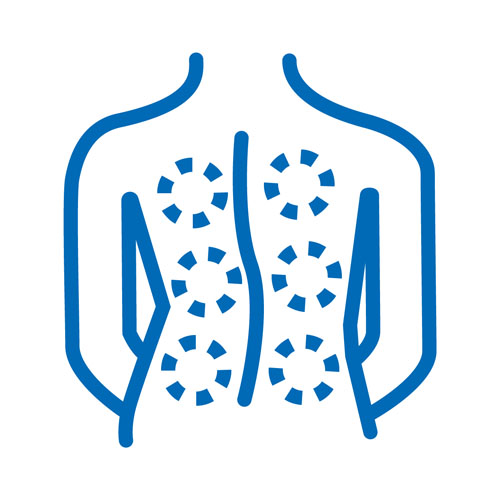 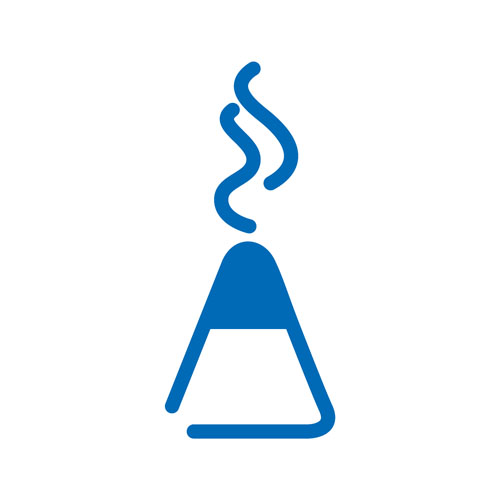 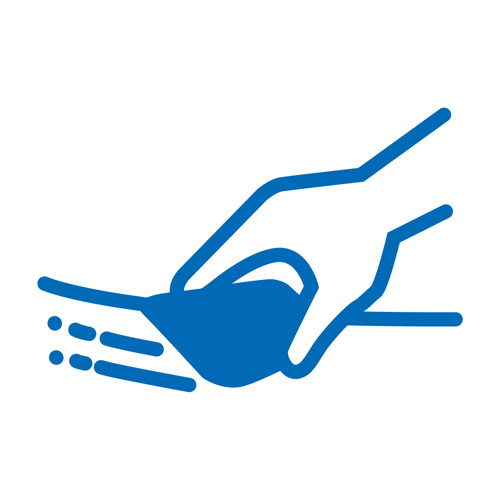 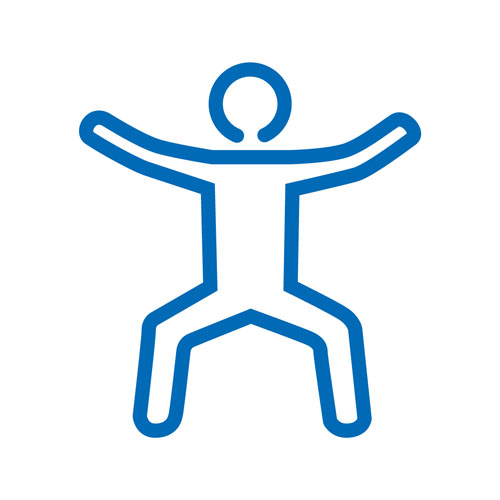 Acupuncture is a treatment method of oriental medicine using the insertion of small, specially designed stainless-steel needles into the body to promote healing. The needles are pre-sterilised and for single-use only. When performed by a qualified practitioner, acupuncture is not painful, and is relatively safe. Acupuncture is commonly known for its use in drug-free pain relief but can be effective in the treatment of a number of acute and chronic ailments (check out What do we treat? for specific conditions). Modern research suggests that acupuncture achieves its many effects through complex physiological mechanisms.

For those interested in the scientific evidence of Acupuncture:
https://www.evidencebasedacupuncture.org/acupuncture-scientific-evidence/

Herbal Medicine is an integral part of Traditional Chinese Medicine (TCM). While herbal medicine traditions have always been used by all human cultures and were the first pharmacy, the origins of Chinese Herbal Medicine with continued use can be traced back at least 5,000 years. Today this natural and holistic accumulated knowledge has continued to be used with modern understandings of functions and safety analysis. Herbs are primarily used to correct bodily imbalances and promote good normal function.

There are more than 450 substances commonly used in Chinese herbal medicine. Some you may find easily in your kitchen, such as ginger and cinnamon, or in the garden, such as chrysanthemum or peony flowers. Most are of plant origin although some animal and mineral substances may also be used. Many traditional animal or plant species that are unethical or endangered are no longer part of modern professional Chinese Herbal Medicine practice and have been replaced with sustainable alternatives. Pinpoint Acupuncture Geelong and representative association AACMA supports and adheres to the CITES (the Convention on International Trade in Endangered Species of Wild Fauna and Flora) list of endangered species.

Traditionally raw dried and prepared herbs were boiled and drunk as a tea. Herbs were also prepared in creams, lotions, liniments, poultices and washes. At Pinpoint prescription herbal formulas come in concentrated granule (a concentrated powder) form, premade pill form, alcoholic tinctures and liniments, which are more convenient to take. Due to changing presentations of a particular disease or condition, Chinese Medicine is prescribed tailored to each specific individual, and is often adjusted and modified as the condition changes. A qualified practitioner can prescribe a Chinese herbal formula specifically formulated for your own condition. All of the herbs used within Pinpoint, meet TGA (Therapeutic Goods Administration) guidelines.

While associated with Chinese Medicine, there is evidence of cupping from Africa, Egypt, Greece and the Middle East that traditionally used cups made of horn, bamboo and porcelain in the treatment of various ailments. Cupping is considered beneficial in the treatment of musculoskeletal injuries and respiratory conditions. Today in the modern clinic, cups are made from sterilisable glass or plastic. They can be applied with a hand pump or a small flame to produce suction. The cups are often positioned on the front and back of the torso, although they can be placed anywhere that is necessary. Once the vacuum is created, the skin and muscle is drawn directly into the cup. There may be mild discomfort due to the suction, but the treatment itself is not painful. The suction provided by cupping can encourage circulation in the area, and loosen tight muscles. Recently, well-known celebrities and Olympic athletes have been photographed in public with ‘cupping bruises’. Although cupping can produce small red or purple on the skin that look like bruising, it should not be sore to touch unless done too strongly or left too long. This skin discolouration is considered a normal response which generally clears within several days.

Moxibustion therapy is often used in conjunction with Acupuncture. It is the burning of moxa, which is made from dried mugwort herb. This herb burns slowly, giving off much heat, and can be used manually with cigar shaped sticks or stick-on cardboard bases over acupoints, burnt directly on the skin, on top of mediums such as ginger or salt or even attached to the top of acupuncture needles. Due to smoke concerns, stick-on and needle-head charcoal smoke-reduced moxa is used in our clinic. Moxibustion is used to promote the circulation of blood to the Acupuncture points as well as treating areas of chronic pain or muscle tension. In Chinese Medicine theory, Moxibustion therapy is warm-hot in nature. It is therefore used to treat conditions that are caused by cold or damp.

Infrared heat therapy: we use infrared heat lamps to keep our patients warm and comfortable as well as for their healing properties. Far infrared heat, as opposed to traditional and direct heating methods, penetrates deeper into the body without skin discomfort. There are many known benefits of infrared heat therapy including increased circulation, relaxation of body tissue, and decrease in pain.

In the 1980s the Chinese developed the TDP infrared heat lamp (Teding Diancibo Pu) which means specific or special electromagnetic spectrum. The lamp contains a special mineral layer on a heated iron plate. This mineral layer includes around 33 trace elements which radiate far infrared emissions when heated. The therapeutic benefits of the TDP heat lamp include improved microcirculation and loosening of connective tissue (fascia) to relax muscles and increase the range of movement. The heat lamp may be used to support an Acupuncture treatment. And it can also be used instead of Moxibustion where the patient is sensitive to the moxa smell.

Like cupping, Gua Sha (pronounced gu-wa-sha) is a well known as a treatment of Chinese Medicine, often used in conjunction with an Acupuncture or massage treatment. Traditionally, used in many cultures throughout the world, Gua Sha involves a friction massage technique with a smooth-edged Gua Sha tool over the skin. This aims to stretch and release the connective tissue and improve circulation of tense and tight muscles. It can be helpful for long-standing pain and restriction. It may produce a non-painful red to purple marking on the skin, which clears within a few days. Gua Sha helps increase microcirculation and has an anti-inflammatory and immune stimulating effect on the body.

Qigong (Chi Kung) is mind-body integrated exercises. It plays a strong part in Daoist philosophy, as well as Traditional Chinese Medicine and Chinese Martial Arts. It is a method for health and wellness purposes. The exercises are composed of gentle flowing movements and stretching, coordinated with breathing in a calm mindful state. Tai Chi, whilst a martial art, can also be considered a type of Qigong as Tai Chi contains many Qigong exercises and philosophies. Qigong is easier to learn and can be a starting point for Tai Chi. Exercises can always be modified to suit in cases of illness/injury or restrictions. In China for many hundreds of years Qigong has been used as a therapeutic and preventative health measure.

We use cookies. By browsing our site you agree to our use of cookies.Accept